If you are never scared, embarrassed or hurt, it means you never take chances.
-- Julia Soul “God put you in this world to help us today.” That was what the lady told me. And the moment I heard her say it I knew without the slightest doubt she was right.

I had stopped to get gas at a place where I almost never go. I had hesitated about cleaning my windshield. But then when the gas was almost finished pumping, I decided for some reason to go ahead and clean it. That’s what I was doing when she approached me and asked for directions. Had I not initially hesitated about the windshield, and then gone ahead with it, I would have been long gone.

There were two women, one middle aged, the other twenty-something, with a young child in the back seat. On a day when the temperature was headed well past 100, they were traveling in an old car with no air conditioning, driving from a town about an hour away.

“Can you tell us how to get to Mopac, sir?” She had a folded-up printout of directions from Google maps.

“Sure. Where on Mopac are you headed?” I asked.

She unfolded the printout and showed me the address. I knew it well, and started to get the feeling that this moment was meant to be.

“I know exactly where that is,” I told her. “I used to have an office in that building.”

My credibility thus established, I proceeded to direct her. Google had routed her along a couple of toll roads. But not wanting to pay the tolls, they had tried to follow along on the toll-free access roads and had become hopelessly lost.

I ended up giving directions to the older lady, and then again to her companion, who was the driver, while the older lady wrote them down. It took a while, because I repeated each instruction to make sure they understood.

In a sincere moment of gratitude, the older lady thanked me and observed that God had put me there to help them. The way she said it was so utterly matter-of-fact that neither of us had the slightest opportunity to doubt it was true.

What she could not have known (but in her faith-informed wisdom probably realized on some level) was that the whole incident helped me much more than it helped her. I had been having a very difficult day. In fact, the only reason I had gone to that particular gas station was because I wanted to take a little drive and clear my head.

As I replaced the gas cap, having sent them on their way, I suddenly realized that I felt better. A lot better. My head was clear. My cynicism was gone. The world made sense again.

I had not just given some quick directions and then hurried along on my way. It was not just a transaction with a slight element of kindness to it. I had been patient, and interested, and had taken as much time as was necessary to make sure they got it right. And in doing so, I had made a connection.

On that day, in that spot, in my life, a connection like that, an opportunity to make a difference, was exactly what I needed. And though I cannot claim to understand the forces and reasons that brought us together in that moment, I do know it was no accident. And I am sincerely and humbly thankful for the real, palpable goodness it brought into my life. 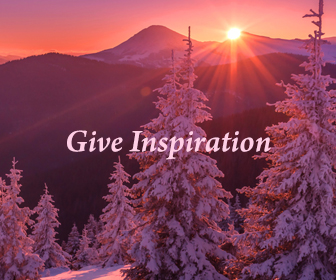