A fanatic is one who can't change his mind and won't change the subject.
-- Winston Churchill

Those mistakes did not stop you. They may have caused some delays or forced you to take some unexpected detours. You’re probably still paying the price for some of them. Even so, you’re still here. You’ve made progress. And the mistakes have even contributed to that progress.

As you move on ahead, there will be more mistakes. And you’ll survive them, too. In fact, you’ll do more than survive. You’ll learn and grow as a result of those mistakes. Even though you won’t make them willingly, when they do happen you’ll find a way to learn from them and then move on ahead with more wisdom, experience and determination than ever.

When you make mistakes, it means you’re making the attempt. When you’re successfully moving past those mistakes, learning what they have to teach, then you’re headed directly for achievement.

The only way your mistakes will stop you is if you begin to fear them. When you’re willing to make some mistakes, and then to move on anyway, then you’re moving yourself toward certain success.

Choose your response       The power of enjoyment

Copyright ©2001 Ralph S. Marston, Jr. All Rights Reserved. The Daily Motivator is provided for your personal, non-commercial use only. Other than personal sharing, please do not re-distribute without permission. 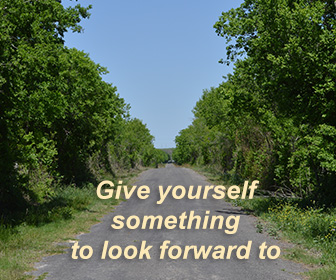